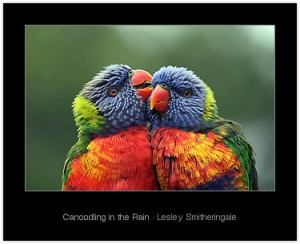 Dr. Wall argues that the statement “I’m just not the sexual type” is simply not true and the sooner we figure that out, the better our marriage and our sex lives will be. He warns that if we ignore this we do so at our peril.

If your wife says “I’m just not the sexual type” to you, be afraid. Be very, very afraid. I haven’t heard husbands say it. At least I can’t remember. There are certain husbands who want sex less than their wives. But they usually don’t wear it as a badge of honor. If the husband is the low-sex drive partner, he’s usually sad about it. Confused about it. It doesn’t fit the cultural norm. True, he may not always be willing to work on it, but I can work with a guy whose a little humiliated. Humility can be a great motivator.

But how am I supposed to try and jumpstart a soul that is cold as ice and proud of it?That takes “I’m-not-the-sexual-type” as a definition of her personhood?As beyond the limit of her reach?

Let’s interpret the message behind the words.

If you say “I’m not just the sexual type” to your husband, what are you really saying? If you say this, be afraid. Be very, very afraid:

My soul is very, very, small and has no room for anyone else, especially you

You are a nuisance

Your needs are no concern of mine

I don’t want to be married either

I’m just not the married type

I cannot be dissuaded

The children are number one

Sex is a burden too awful to bear

I don’t want to be close to you….ever

If I were to allow you to influence me, that would mean I am a tad humble and that smells defeat

Would you accept from your husband I’m just not the affectionate type? Or, I’m just not the type that communicates? I don’t think so. You wouldn’t roll over and play dead. You’d have an opinion. You’d seek to influence him, to goad him, chide him, kick him in the butt, even encourage him, try to figure him out, help him grow a tad, expand his horizons, enlarge his skill set, right? He can learn to communicate. He can learn, over time, that affection isn’t crowding and that it’s kind of nice. That would actually be a very cool thing were you to do that. Especially if you weren’t mean about it and took it on as a challenge, like this guy is a mystery and I have to figure him out. Good for you.

Now the curious thing about these women who say these things is that when I ask, so, ahh, when you are sexual, are you eventually able to enjoy it, they say sure! What? Sure? Most of them anyway. There’s an occasional exception, but most of them.

What it means is that they might not THINK about sex much, but, if the conditions are right, they eventually can come to the point where sexuality is pretty fine, even enjoyable.

Drum roll please.This is where husbands start to lose it.They reason: If you can come to the point where sexuality is actually pretty fine, why would you not want to do it?It doesn’t make sense.

You might at first be delighted about that he quits pursuing sex! Yeeeehaaa! I don’t have to worry about sex anymore. It was such a burden. No more pressure. No more begging. We can just relate and talk and…..

If he quits initiating sex, then it’s your turn. The mantle has been passed to you, to keep the embers burning, to light the fire, to stoke the flames, to throw another log on the fire. If you roll over and play dead, that’s not all that’s gonna die, Honey.  If he quits initiating sex and you don’t initiate sex, that means that you won’t be having sex.  What happens after that?

Really. I’m not kidding. Maybe a year later. Maybe two. But in that period of time, if you haven’t kicked sex into gear for the two of you and he’s given up totally and you are two blobs just laying there, we’re headed for trouble. He’s saying to himself , I cannot feel this rejected anymore. She won’t accept my influence. She doesn’t want my input in her life. I’m a nuisance to her. No sense driving her crazy. She’s made it perfectly clear she doesn’t want to be close to me. We’re not really married. This is just a fascade anyway. Might as well be honest about the whole thing. Divorce would be just both of us being honest. We aren’t really married. Married people have sex. Roommates stare at the walls. I can’t be roommates with somebody who’s broken my heart. End of story.

I don’t think they should give up so easy. But some of them do.

That’s right.If you’ve rejected his advances for so long and you have conveyed time and time again that his desire to be sexual with you is an absolute burden and a bore and chore and drudgery and you’ve conveyed to him non-verbally and verbally, over and over again that you are just not the sexual type and you will not be influenced, his motor may very well run out of oil and the pistons freeze up.

Some of these guys have been rejected so long, they just can’t keep up the fight. They give up. This is a pretty difficult situation. The resentment and hurt and rejection runs too deep for some.I need a really long crowbar.The best (and only?) crowbar is if his wife will decide, finally, that she is the sexual type after all, and start conveying that sex is important and she starts initiating and teasing and flirting and touching and canoodling.

But be careful here. If you haven’t done this for forty years, don’t expect that he’s going to just all of a sudden jump for joy. He’s maybe got forty years of resentment to deal with and that ain’t easy.  He may justly wonder where you’ve been all those years?

Realize that you are the sexual type from the get go.Realize that once you get going you are fine.Be an active part of the program.Don’t expect him to carry all the weight, any more than you’d want to have to carry all the weight around communication, housekeeping or parenting or bill paying.Sexuality is a two-way street.If we’re going to stay close for 50-60 years we’re going to have to be involved in ALL aspects of our marriage and that includes sexuality.

But you won’t get there if you constantly wear sweats and think sex is from the devil.

So here’s what I’d suggest, if you think (used to think) you are not the sexual type: Talk about sex with your husband. Figure out, the two of you, when you will be sexual this weekend, and then make sure it happens. For heaven sakes, you can talk about sex. Then, look up the definition of canoodling, and get some canoodling going on!!