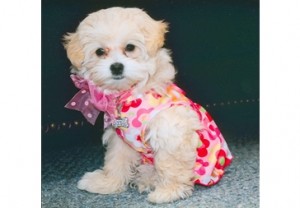 Part One On Sexual Desire: The Second Saddest Thing Said About Marriage

Dr. Wall suggests that marriages cannot stay warm and tender without regular sexual encounters between husband and wife, so if one person in the marriage cuts that life-blood off, that person is spelling the demise of his or her marriage.

This is a first in a series of blogs on Sexual Desire.

I could go the rest of my life and not be sexual. I just don’t need sex.

Clients Bound And Determined To Doom Their Marriages

Maybe I shouldn’t be so sarcastic about this.It’s a pretty hot topic. I certainly needs to be talked about. After they divorce they won’t talk about it, that’s for sure.Other than a child dying, divorce is like the next most difficult thing to deal with emotionally in anyone’s life.It’s hard enough if the couple has had the divorce talk and the divorcing spouse says the whys and the wherefores. I had a client once who came home from work and everything was gone from the house except for his personal belongings and his golf clubs.He never saw his wife again.That’s just cruel.There’s no need to be so mean about it.Divorce by itself is mean enough. So if they can’t talk at all about it at home and they can in my office, I guess that’s a good thing.It’s just not marital therapy.I’m acting as a mediator.That’s fine.I don’t resent it.It’s just a sad thing to have to hear.The saddest thing I do in this field.I’m sure you’ve got your sad things you’ve got to do with your job: Fire somebody, lay somebody off, cut somebody’s salary, discipline a colleague, all just crappy things.

The second most saddest thing (I’m sure there’s something really bad from an English grammar standpoint in writing “the second most saddest thing” but I have no idea how to say it differently. For all you English types I apologize.You’ll just have to grin and bear it.) I’ve heard in my office is the quote at the top of the page. I know if that person can’t figure out a way to enjoy sexuality together with their spouse it’s just a matter of time before the foundation of this marriage is washed away.Sexuality is the life-blood of the marriage. If I can’t figure out a way to help them move into meaningful, mutual, marital sexuality, then I feel I have failed.

I have this sex research lab.It’s called my couch.No, I’m not researching sexual technique.Americans are unwisely and mistakenly obsessed with technique and variety and shaking it up.Everything else is just boring.Sexuality is NOT about technique.If you Googled the word “sex” and you got this article by me about sex you aren’t going to get turned on reading it. Sorry. You might get mad at me or chuckle once in a while, but you won’t start fantasizing. That’s just fine. Yeah, I’m sure there’s some people out there that could use a few hints here and there about sex, but for heaven’s sake, the biggest problem about sexuality is NOT technique.

One marital therapist has written that if you take a Polaroid picture of your sex life (I’m sure he was being metaphorical) you’ll get an idea of how the marriage is doing.I’m discovering this more and more in my research lab.Over and over again couples talk to me about their frustrating sexual lives and over and over again if I can help them figure that out they do awesome and over and over again if I can’t help them figure this out their relationship suffers. Dr. Gottman says he can predict with over 90% accuracy if a couple will divorce by how they treat each other in conflictual situations.He’s the marriage lab guy.He video tapes couple when they argue and talk and has broken marriage down into fine, small little particles.It’s a clever idea and very helpful and I use his material all the time in my office.

My sex research lab is not quite so fancy.No one way mirrors.No video cameras.No research assistants coding every turning up of the mouth and rolling of the eyes.No, just me and my pen and my Sam’s Club yellow notepad and me jotting down things for me to remember so I don’t forget who you are.You live with yourself for years and here’s this guy you’ve talked to for an hour and he’d better remember what you said and if he doesn’t you probably won’t respect him nor come back to him, so since I’m a rather dense guy I gotta write this stuff down:At least the first time or two to get the story right.

If Dr. Gottman thinks he can predict within 90% accuracy (actually I think he says 94%), I can predict within 100% accuracy.My prediction is that if you are NOT sexual with your spouse that you have a 100% chance of either getting a divorce or you will stay married but you will be two actors in a play pretending to be husband and wife and that after awhile the play will get tiring and the fake smile will calcify and your tender heart will curdle and then thicken into a putrid jell until it finally fossilizes.And then won’t you be fun?

There.I heard it again, variations on a theme.It’s not a beautiful symphony though.It’s a funeral dirge:

I could care less if I ever have sex again in my lifetime. I’m just not sexual.

I had to look up dirge on Google because I had no idea how to spell it.I spelled it “durge” at first.The Urban Dictionary said that’s when someone comes up behind you and pops your knees.I thought that was pretty funny and pretty right on, but that’s not what I was looking for.I typed in “durge definition” and finally hit pay dirt when “dirge” came up.And guess what the history of dirge is?It’s from the first word of the Office of the Dead in Latin for the Catholic Church and in time it became used to describe the chanting said or sung at a funeral.Check it out here: http://www.thefreedictionary.com/dirge. That’s perfect. Because if you have this idea that you can be married and NOT be sexual and that is OKAY by you then you are predicting the demise of your own marriage. Goodbye, my dear. Sayonara, baby. Auf Wiedersehen, Honey. 再见, Sweetie.

When I tell you this, you won’t believe that, of course. And if I told you that after you quoted the above marriage funeral dirge you would, of course, be mad and say, no, no, I love my spouse! I’m just not interested in sex. Well, look. I didn’t say you have to think about it. I certainly hope you don’t think about it all the time. There are many other things with which to occupy your time. So, no. You don’t have to think about sex all the time. But you do have to DO it once in awhile. And by “once in awhile” I don’t mean six times a year. That won’t cut it. You’d be wiser to shoot for 3-6 times a month as foundational. More if you are on vacation or the kids are off to grandma’s for a couple of weeks. If the latter, you’d better be locking the front door and turning the thermostat up. KnowwhadImean?

You say, well, we don’t get along well enough.We fight likes cats and dogs.We never talk.  Or spend any time together.  How can I be sexual with my spouse when we bicker?Are you fighting because you aren’t sexual or are you not sexual because you are fighting?Couples that aren’t sexual do two things: Withdraw from each other or fight like mad.Either way the violins are tuning up.  Chicken and the egg.  Oh, you’ve decided on the egg?  Standoff at the O.K. Corral.  Stubbornness.  You will not be dissuaded.  You have made up your mind.  You are right and that’s it.  I guess if you make up all the decisions, there’s no need for a spouse?

What are these people saying (yes, both male and female) that they could be content to never be sexual again? They are saying that they will NOT be influenced by their spouses. I refuse to let you have an impact in my life. I have a wall around my life and it doesn’t include you. I will not give to you. I will not sacrifice for you. I will not reach out to you. I will not open up to you. I will hold grudges. I will not forgive you for any wrong done. I will go through the motions of being married to the public at large, including our children, but you and I both know that this marriage is a façade, a ruse, a make-believe fantasy world where I am under the illusion that I can make the world in my own image and the world I create is me at the center and you have to whirl around my whims and if you get upset about it and complain about it or show any discomfort in any way that we are NOT sexual then I will accuse you of being a control freak!!!! And that will give me, yet again, another reason to turn you down!  See I have this figured out that I will win!!!!

You can bet your spouse will eventually figure this out, too. And you can have your wish: Never be sexual with anyone the rest of your life!!! Whoohoo!! Living by yourself! You and your cute little snow-white Maltese dog that looks so pure and angelic.

The tympani are tuning up. You can hear their subtle pounding in the background.