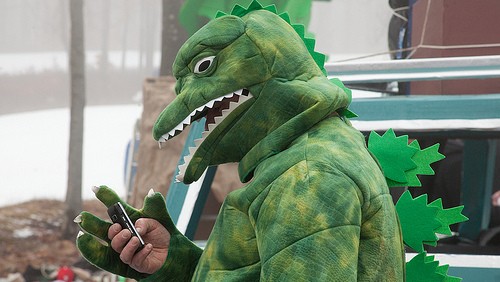 Integrity and Texting: You’ve Been Warned!

If you’ve followed this website over the years, you’ve noted I’ve warned my readers of the moral dangers of texting.

In recent years I think it would be safe to say that 100% of the affair cases involving sexuality I’ve seen in my office have involved texting in one form or another. Certainly they all included some kind of electronic communication: emailing, chatting, cell phone calls and texting being the primary vehicles of choice. Clients sometimes scoff at me when I say these kinds of things. I’m sure these folk are thinking I’m a prude. I probably come off like the kidney doctor I knew who would bring out a kidney donation card whenever he met a motorcyclist to have him sign it so, he’d say, when he was killed driving a motorcycle someone would benefit from his kidney! I’m still driving my motorcycle. I figure, despite my warning, many of my clients still text with abandon. They are all borrowing trouble.

A recent Iowa Supreme Court case from Fort Dodge that has reached national news has emphasized my point, however. You can read the report here. Basically, a female employee was fired from a dentist office because the dentist’s wife was threatened by the employee that her husband, the dentist, was having an affair with her. The employee sued for wrongful firing and lost because of her text records indicated the relationship she had with her boss went beyond employee-employer and far over into the personal arena. They had both texted each other outside of work and neither had objected to the texting.

She didn’t sue for sexual harassment, though I believe her boss was completely out of line and fully responsible for his actions and as her boss he had no business texting her about personal things. The court ruled the relationship was consensual and he had good reasons to fire her…because of the mutual texts.

I personally think the decision is unfair because in a top-down relationship (boss/employee), we always and rightly hold the boss, teacher, president responsible for crossing boundaries with their employee, student, intern….well, maybe not, but we certainly should.

My point here is the idea of integrity and texting and if you are going to keep your integrity you had better limit your texting to colleagues to professional matters. Anything you text can and could be used against you in the court of law for decades to come and you can get your butt in a ringer. But, more likely, you’ll call your own integrity into question if you start texting other people beyond the professional area. I’ve seen it lead to sexual affairs over and over again. If you are willing to cross the line in your texts from the professional to the personal, it won’t be long before other boundaries are crossed. And then you’ll come see me and ask, “What happened? I didn’t intend to have an affair.”

We all know it didn’t “just happen.” Boundaries were crossed, secrets were kept and before long a person is sliding down the slide of an affair not able (and often not willing) to stop. If the person hadn’t crossed the line of professional on the texting thing in the first place, the affair business would have never occurred. As I tell my clients, “You don’t play frisbee next to the Grand Canyon!”

If a colleague texts you beyond “the meeting is at 3 in room 112” you need to do two things: 1) tell your spouse and 2) tell the person you only use texting for professional reasons. If the person refuses to stop you may have to take it to his superior. If he owns the company you may have to take it to the professional state board he answers to (Don’t worry he’ll listen to them!) or find another job. Working in an environment where it is accepted to cross boundaries and tempt people to break their own integrity simply isn’t worth it.